Our team of professionals, have extensive experience, recognitions and certifications from different Deparments and in areas such as: 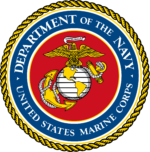 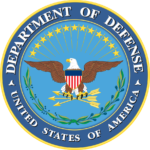 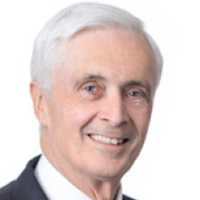 Mr. Locke has decades of experience in the Security Industry from a long and distinguished career in the FBI for more than 32 years. Since earning an early career in the FBI he has served as Supervisor of the Antiterrorism Force in the City from New York. He also conducted the first extra-territorial terror investigation in the 1983 Investigation of Attacks on the US Embassy in Beirut, Lebanon.

For many years he was assigned to the DEA to participate in several operations as “OPERATION BLAST FURNACE” and was part of the efforts of the US Army DEA and the Government of Bolivia to eradicate Cocaine Laboratories in the Amazon Jungle. He has participated during his long career in innumerable operations against Terrorism, Kidnapping, Human Trafficking, Narcotrafico and others in the United States as well as in Latin America, Europe, Asia and Africa. After the events of September 11, 2001, he was in charge of the International Investigations of the events that occurred on that day. Mr. Locke was in his last years in the FBI like Assistant to the Director of the Buerau.

Mr. Locke is one of the most prestigious Lobby Firms in the World www.bgrdc.com.

With more than 16 years of experience in the private and military sectors, Mr. Coronel is a retired US Marine Corps sergeant and has extensive experience in safety and medical emergency assistance in high-risk areas, having participated in missions in Iraq, Afghanistan, Pakistan, Jordan, Kuwait among others.

Mr. Coronel is currently an instructor assigned by the US Department of State and at the same time, team leader of the “Merida Initiative” program for the training of federal and state agents in several cities in Mexico.

Between 2002 and 2007 he served in the military and was assigned to numerous jobs as part of special operations teams as team leader, squad leader and platoon sergeant. He was twice displaced to missions in Iraq with a duration of 9 months each.

He was also a defensive sniper appointed for the Alpha Group at Iskandariyah Camp in Iraq, also serving as Lead Path Recognition Leader for the surveillance, escort, and personal security of the military in Iraq. During this time he also participated as personal protection agent for the Battalion Commander. Other responsibilities under this charge included overseeing the transportation of combat armaments valued at $ 11,000,000 USD, training marine teams in shooting skills, arresting prisoners, and obtaining intelligence sources.

Mr. Coronel completed more than 200 combat missions and conducted multiple field operations. He was also Leader of the Platoon in charge of the security of the main station of the Police of Al Najaf, Iraq. Between 2008 and 2011, he was assigned to numerous jobs, the honorable Mr. Cristopher Hill, appointed by the Department of State, as part of the main team of the detachment in charge of personal protection of the United States Ambassador to Iraq. His most recent assignment in combat zone and high risk was in Afghanistan during the period 2011 to 2013 in the Security Support to Reconstruction Service (RSSS).

Under the authority of the Department of Defense, Mr. Colonel has applied his comprehensive technical and operational experience, as well as detailed knowledge of government regulations and standards, to supervise the execution of 7 projects with investments greater than USD 200 million.

In 2014 Mr. Coronel was team leader in charge of security reviews as part of the Red project requested by the Government of Honduras working directly with the Honduran Air Force personnel assigned to this project as well as with the authorities of the country’s international airports.

With more than 22 years of experience as a lawyer and with specialization in government management, he has extensive knowledge in the governmental, business, commercial and corporate areas in legal, financial and in the management of companies and projects.

During the last years, he managed the offices of Command Consulting Group Miami; located in the city Miami in the state of Florida, USA. Developing the Business of the Advisory and Consultancy in Security to Governments, Companies and Personalities of public exhibition and high patrimony, in countries like: USA, Mexico, Honduras, Haiti, Dominican Republic, Panama, Aruba, etc.

As founder and principal partner of the CCG Miami office, he developed and promoted the company; subscribing various strategic alliances and Representation Contracts, with Companies and Individuals both in the United States and in various Latin American countries. He developed relationships with various public, political and private organizations, both in the Florida area and in Washington DC; developing an interesting network of businesses and allies in the United States as well as in Latin America. 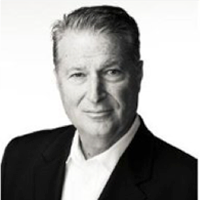 During his distinguished career in the US Secret Service, he led the area of ​​criminal investigations, research involving shared services, critical infrastructure protection, identity theft, credit card fraud, computer fraud, cyber crime / crime of electronic intrusion, and cybercrime. Mr. Johnson was an Assistant Special Agent in charge of Presidential Protection during 9/11 and also was with Presidents Clinton and Bush, as well as Special Agent in charge of Protective Operations, the Minneapolis Field Office and Internal Affairs of USSS.

Other highlights in the Secret Service include:

Developed the DHS Protection Program (PSA) Protection Program, Developed the DHS / USSS Critical Systems Protection Initiative Program (CSPI); He played a key role in the largest Federal International cyber criminal investigation in the history of US law enforcement. (Firewall Operation). It began the investigation that led to the largest investigation of identity theft / arrest warrants in US history. and gave testimony before Congress to House / Senate committees and subcommittees on USSS research issues. (Government Reform, Banking, Commerce, Finance and Judicial) Former Senate Judiciary Adviser on Identity Theft pending / Data Broker legislation sponsored by Senator Leahy and Specter. He was the former supervisor of USSS Division of Presidential Protection (PPD) in charge of the security issues (logic and physical) that suppose the President of the United States both internal and external. additional oversight of all PPD agent training and White House security. He currently holds a Top Secret Clearance.

Mr. Morris served as Deputy Assistant Administrator of the Transportation Security Administration (TSA) and General Manager of the Office of Security Operations in Washington D.C. The position involved the executive direction of five Area Directors, 128 Federal Security Directors, as well as the daily field operations of a force of 45,000 agents at 448 airports nationwide.

Its responsibilities included the supervision of background investigation operations, as well as budgetary and financial oversight, program planning, operational security of all means of transport, and the development of strategic plans for the operational function of the TSA.

Closely committed to international security, it conducted safety assessments at numerous airports in other countries. He advised foreign governments at the highest level on security matters and collaborated in the creation of agreements with the European Union. In addition, he oversaw the International Inspection Program of Federal Governments, responsible for enforcing all regulations governing foreign air transport companies.

He previously served as the Director of Federal Security for the United States Department of Homeland Security (DHS) and TSA. He was responsible for all aspects of security at Salt Lake International Airport as well as at Utah’s five other commercial airports. In addition, he was in charge of regulatory oversight of the 48 General Aviation Airports in Utah, public transportation, railroads and pipelines in Utah.

He also served as director of the Comprehensive Emergency Management Division during the tenure of Governor Michael Leavitt and a member of the Utah Olympic Games Public Security Command for the 2002 Winter Olympics, where he oversaw state security, the different sports facilities where the competition took place and the Olympic Village. In addition, he interacted with different foreign governments regarding security issues for foreign athletes and coordinated the safety of sports facilities with police forces and foreign security forces.

He traveled to several countries and worked closely with foreign governments in preparation for the Olympic Games, where he developed many security tactics that were later used in the 2002 Olympic Games.